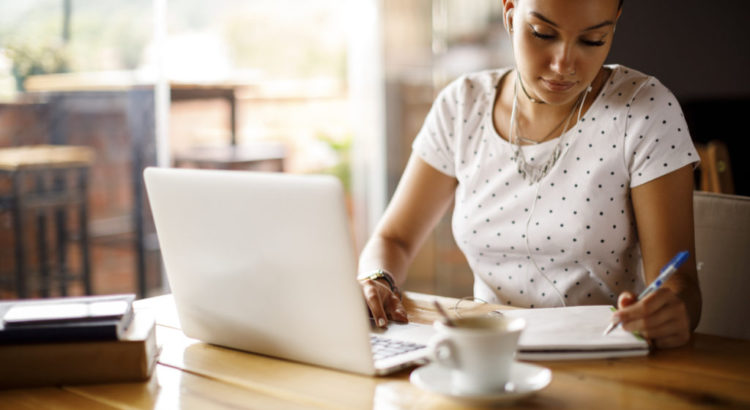 If you are someone who interacts with the world of scholarly publishing primarily in your role as a researcher and/or author of scholarly or scientific articles, then there are basically two reasons for you to get involved with the open access (OA) movement:

Here’s the bottom line: if you want to make OA happen, then join the movement; it needs your voice, and there are a thousand ways to get involved. If you have concerns or reservations about OA — or, more specifically, about OA being made mandatory rather than voluntary — then the movement also needs to hear your voice.

As an author, I would imagine that it’s tempting to look at all the noise and controversy that currently characterize the scholarly-communication ecosystem, and say to yourself, “Screw this. I’m just going to put my head down and do my research and publish it the way I always have. I’m a [biologist/sociologist/engineer/historian/whatever], not a publisher or librarian, and this looks like a fight between them. Let them do their work and I’ll do mine.”

Here’s the problem, though: the work being done by OA advocates will, to the degree that it’s successful, have a concrete and potentially constraining impact on the ways in which you are able to publish your work. In fact, for many of you it is having that impact already — this is more likely if you are in Europe or the UKthan if you are in the US, where genuine OA mandates are very difficult to establish and currently exist only in connection with private funders like the Gates and Ford Foundations, and at one private university (that would be Duke — and even there, it applies only to graduate students, not to faculty). You may welcome and celebrate the impact these mandates are having, or you may have concerns about it. Either way, you need to understand what is happening and get involved if you want to have an influence on the future trajectory of this movement and on the impact it will have on your freedom to choose.

Key to understanding what’s happening is the ability to recognize two important distinctions:

Obviously, to the degree that the OA movement grows and OA publishing options proliferate, and you remain free to choose them or not as you see fit, then the growth of OA does nothing except enrich your field of choices. If the growth of the movement only had this effect — a proliferation of choices — then you could feel free to ignore it and do your scholarly work without worry.

But the array of OA choices is not the only thing that is growing. So is the number of OA mandates, and it is this development that you would be wise to pay attention to, and even to get actively involved with. Because to the degree that OA both grows and becomes mandatory, it will narrow your range of publishing choices rather than broaden it. This is also one reason why it’s so important to recognize the difference between being in favor of OA and being in favor of mandates. One can reasonably be in favor of both, or one can reasonably be in favor of the former without supporting the latter — in other words, being against mandatory OA policies is not the same thing as being against OA. As an author, this distinction deserves careful consideration: do you wish to see OA continue to grow and develop, and if so, do you also believe that adopting OA should be compulsory?

Important Distinction #2: Between Proselytizing and Consulting

Another essential distinction is that between efforts to get authors onboard with an OA agenda (or at least to get them to deposit their work in repositories) and efforts to solicit author input regarding mandatory OA policies. The former efforts have been going on, enthusiastically, for a long time; the latter, not so much. Why? Well, almost certainly because of what advocates for mandatory OA can safely infer about authors’ attitudes: if authors are generally not that interested in making their work available on an OA basis — and both the stagnation of institutional repositories and the growth of mandatory OA policies suggest that authors’ interest is pretty limited — then what could possible be gained by inviting them to participate in the shaping of policies designed to force them to adopt OA? The whole purpose of such policies is to overcome the fact that, generally speaking, authors don’t seem to be very motivated to adopt OA on their own. If they were, then there wouldn’t be any need to take away their right to choose non-OA options.

Of course, not everyone in the OA movement is trying to take publishing choices away from authors. Some are, and some aren’t. Of those who are, some will admit it freely and some will evade the question when asked. Obviously, this is all the more reason to be paying attention to the development and emergence of mandatory OA policies; as an author, you can’t assume that those who are developing them will want you to be aware of them before they’re implemented.

What Should You Do?

If you want to contribute to the wholesale transition of the scholarly-communication ecosystem to one or another model of mandatory open access, then identify organizations that are working towards that model and lend your voice and your expertise to their work. There are, for example, the OA2020 initiative (which seeks to “transform the current publishing system, replacing the subscription business model“ with OA ones), SPARC (whose goal is to make OA “the default for research and education”), and private funders like the Gates and Ford Foundations that use their considerable financial muscle to push a mandatory-OA agenda. And then of course there’s cOAlition S, which has established Plan S — an initiative designed explicitly to “accelerate the transition to a scholarly publishing system that is characterised by immediate, free online access to, and largely unrestricted use and re-use of scholarly publications,” in light of the belief that “researchers are irresponsible” (and therefore shouldn’t have the right to choose how they publish) and that it is up to scholarly and professional societies simply to “bite the bullet and go open access.” If you share these beliefs, any of these initiatives would be happy to have your support.

If, on the other hand, you would prefer to see a scholarly communication future characterized by a diversity of access models — with authors retaining some degree of control over their work and having multiple publishing options available to them — then this is not the time to put your head in the sand; you need to stand up and make your voice heard to that effect. If you are an academic researcher, pay attention to what is happening on your campus; make sure you know when policies related to scholarly communication are being formulated and proposed. Let your funders, librarians, campus administrators, and lawmakers know that you favor a diverse scholarly communication environment, rather than a monolithic one. Speak up. Otherwise, you run the risk of waking up a few months or years from now to find that others have decided for you how you will publish and who will have control of your work.

In other words, as an author, it is entirely your choice whether to be involved in shaping the future of scholarly communication. But failing to be involved is a sure way of ensuring that your voice will not be heard, and your interests ignored.

Rick Anderson is Associate Dean for Collections and Scholarly Communication in the J. Willard Marriott Library at the University of Utah. He speaks and writes regularly on issues related to libraries, scholarly communication, and higher education, and has served as president of NASIG and of the Society for Scholarly Publishing. He serves as an unpaid advisor on the library boards of numerous publishers and organizations including biorXiv, Elsevier, JSTOR, and Oxford University Press.

View All Posts by Rick Anderson